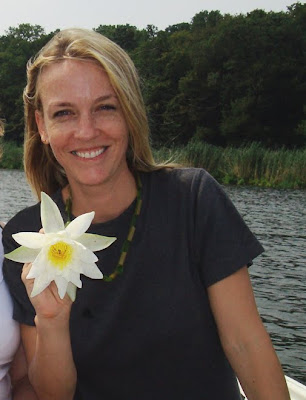 Looking for affordable, original art to spice up your space? Make sure to check our Kim Piotrowski's Etsy shop kipi. A Brooklyn-based artist with a background in biology and fractal geometry and an obsession for taking photographs, Kim translates her scientific interest into works of art. She's had several exhibitions of her large-scale paintings, viewable online at www.kipiski.com, but her Etsy store is devoted to her smaller paintings presented on old book pages as upcycled, artistic color studies.

Though she's been painting since she was 5, Kim never thought she'd have a career as an artist until a pivotal trip in her second year of college to see an exhibition by Terry Winters at the Whitney Museum. It was everything she was studying as a pre-med biology major, except it wasn't clinical. She was struck that the artwork on view was scientific, yet simultaneously creative and free. Winters' work was saying everything Kim wanted, reflecting the perfect blend of her two interests: art and biology. She changed her major to art immediately following that trip.

Given unlimited time and resources, Kim would love to continue to push her creative boundaries by making enormous paintings, experimenting with color and form, and just making a big mess with the paint. It would be, she says, "wild and free." In the meantime, you may see her art in Barney's midtown department store in NYC, as well as at Hayden-Harnett in Brooklyn. 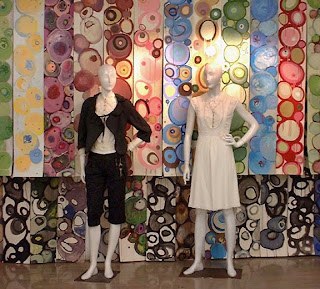 What is your idea of perfect happiness?
A real art studio, a weekend place in the woods, a dog for a companion, plenty of time to read and blog more, and a walk-in closet.

What is your greatest fear?
Losing everything.

Which historical figure do you most identify with?
Probably Andy Warhol. We come from similar backgrounds, and I was in love with Interview Magazine as a teenager. He’s the reason I came to New York, although the “art scene” is entirely different now.

Which living person do you most admire?
Entrepreneurs

What is the trait you most like in yourself?
That I have a lot of interests, and generally pursue them.

What is the trait you most like in others?
Acceptance.

What is your greatest extravagance?
Clothes shopping.

When and where were you happiest?
I’m happiest when I’m traveling and taking photographs. 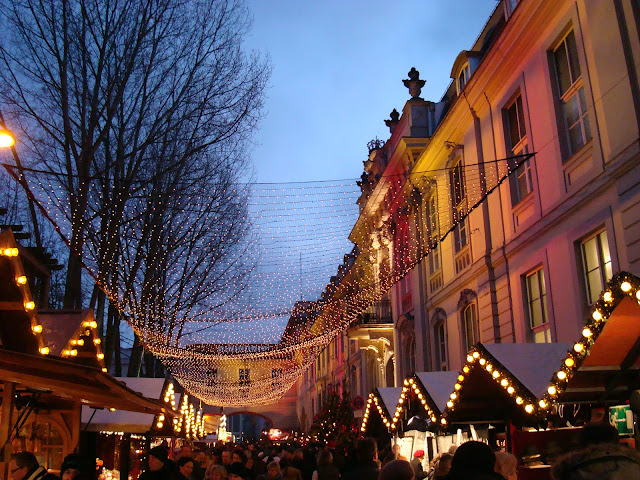 A market in Berlin, near Humboldt University. Photo by Kim Piotrowski
If you could change one thing about yourself, what would it be?
To be more patient.

What do you consider your greatest achievement?
Finishing college, getting two masters degrees, and supporting myself.

If you were to be reincarnated as a person, animal, or thing, what do you think you would be?
I don’t believe in reincarnation. But if I weren't painting, I would probably be working with animals in some way. I’ve always thought the canine assistance programs were a really wonderful concept. Someday, I hope to have a dog or two in my life, it’s just difficult in the city.

What is your most treasured possession?
Family photographs.

Which talent or skill would you most like to have?
The ability to sew like my mom. After several attempts, I just don’t have the patience for it. I’d like to learn how to knit someday though. It seems to be quite popular, and would just be an extension of being creative.

Who are your heroes in real life?
My parents.

What is it the one thing you dislike the most?
Having too much to do and being stressed about time and money.

What is your motto?
No schlepping into Manhattan on weekends – the trains are horrible!

Is there any invention you wish you had thought of?
The Harry Potter Series. 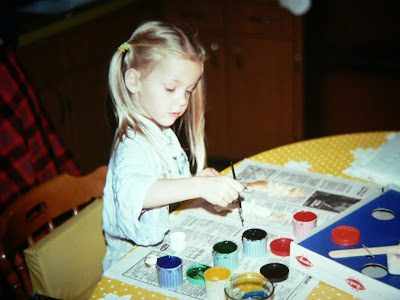 What's the first thing you remember making?
I made holiday decorations for the front door out of construction paper, markers, pipe cleaners, glitter, and glue. I felt a rivalry with the ones my mom bought at the local five and dime for any given occasion -- Halloween, Christmas, you name it! 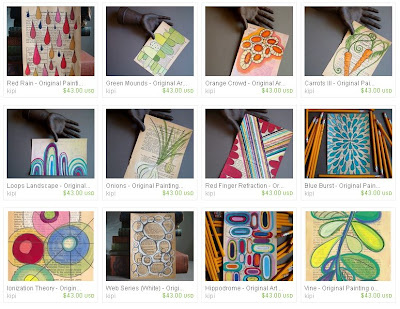 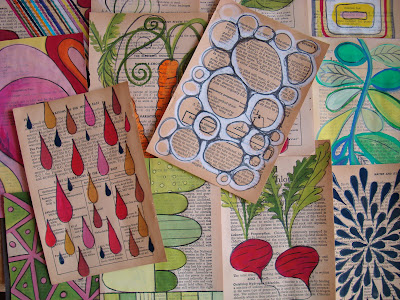 Great series, love that picture of Kim and her paints

great to see someone who had inquired about the team like two years ago, finally join and being part of our helpful crafty community!